Bidets are common in many places, like Europe, Japan, and Muslim-majority countries. They are, however, mostly absent from North American toilets. Accordingly, North Americans use far more toilet paper than people in bidet-friendly areas.

Amid a frenzied toilet paper purchasing spree, with toilet paper often vanished from supermarket shelves, perhaps now is the time for Canadians to reconsider bidets. Read on for everything you need to know about adding a bidet to your home toilet. 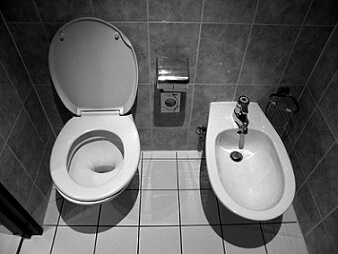 What is a bidet?

A bidet is a device used to wash one’s nether regions after using the toilet. Bidets come in many forms.

The oldest style, and still common in many parts of the world, looks like a cross between a toilet and a sink. One fills the bidet with water and straddles it, using the water to wash themselves. Some have a handheld wand to spray water.

This classic style of bidet comes from 17th-century France, where bidets are still popular today. Italy, Spain and Portugal also have many bidets – they’re even mandatory in some places. One can also find bidets of assorted styles in countries with a strong Muslim presence.

Famously, Japan also has an affinity for bidets; 70-80% of Japanese homes have one.

Despite their popularity elsewhere, bidets haven’t caught on in North America yet.

These bidets are separate appliances from the toilet. They look like a second toilet, though they function more like a sink.

These bidets are often connected to the toilet. They feature a handheld water spraying wand that you use to wash yourself.

This is one of the popular hands-free options. It comes in the form of a bidet attachment to your toilet seat (or replaces the seat entirely). There is a spray nozzle built into the seat, which you operate using a dial or button on the side. This bidet uses the plumbing system’s pressure and doesn’t need an electrical hookup. 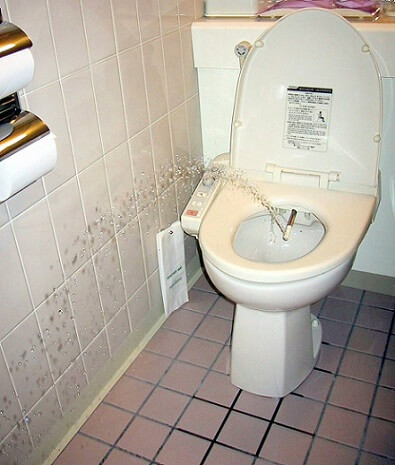 Like the non-electric version, but with features like heated water and auto-retracting spray nozzle. Some even self-clean.

The Cadillac of bidets. Similar in many ways to the electric bidet but integrated completely into the toilet. Often feature luxuries like heated seats, drying fans, and so forth.

How does a bidet work?

Broadly, there are two kinds of bidets: hands-free and handheld. Most of the bidets in North America, including popular brands like Tushy, are hands-free. Throughout the rest of the article, that’s what we’ll be referring to.

Using a bidet is simple. First, use the toilet like you normally would.

Then, activate the bidet using the controls found at the side of the toilet. If it’s non-electronic, water will begin spraying immediately. There’s usually a switch to adjust the spray angle so it’s hitting the right spot, and often another switch to adjust the water pressure.

Electronic bidets usually have a slight delay between pressing the on button and the spray starting. The bidet spray nozzle needs to extend itself, and the water needs a few seconds to heat up.

Once you feel that you’re clean, you can turn off the bidet. If your bidet has such a feature, it’ll self-clean the spray nozzle after you’re done.

Then, dry yourself with a small amount of toilet paper if necessary.

One of the best things about bidets is freedom from toilet paper. That has a positive effect on your budget and on the environment. It’s win-win.

People in bidet-less North America use anywhere from $100-150 of toilet paper each year. For a family of four, even an expensive bidet pays for itself quickly.

Though toilet paper isn’t an issue for most sewer systems, homes that use septic tanks may benefit from flushing less solid waste.

The jury is still out on how much more sanitary bidets are than wiping with toilet paper, but most people agree that washing with water feels much cleaner.

Bidets are often helpful for people with physical disabilities who have difficulty using toilet paper. They’re also often more comfortable for people who have conditions such as hemorrhoids.

If you’re adding a standalone bidet, it’s another story. Standalone bidets need their own plumbing connections; it’s like installing a second toilet.

The under-seat or seat replacement bidets are much easier. Nevertheless, it’s crucial to install them properly to avoid leaks.

If you want an electronic bidet, you may need to install some new electrical outlets near your toilet. Hire a qualified electrician to do it for you if you’re inexperienced in working with electrical systems.

If you have an outlet ready, or you’re installing a non-electric model, you can install it yourself: 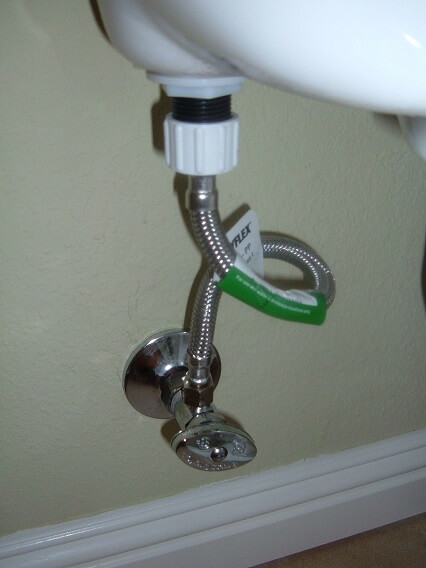 Given that it’s part of a toilet, it goes without saying that you should clean the bidet occasionally.

Once each week, wipe down the bidet seat with the cleaning solution of your choice. Every few months, pop off the seat and clean the area underneath.

Electronic bidets often have a self-cleaning function for the spray nozzle. Even so, you should clean it yourself every so often using a toothbrush (not the one you use for your teeth!) and some cleaning solution.

If your spray nozzle seems to be losing pressure, disconnect it and soak it in vinegar. Whatever is blocking the spray should loosen and dissolve.

Even though bidets are still a relative rarity in Canada, poorly installed bidets have already been the culprit of water damage claims. If you add one to your home, take these steps to avoid bidet-related floods:

Home insurers don’t need to know specifically about bidets. However, as they grow in popularity in Canada, that may change.

There have already been reported water damage claims arising from bidets. If you’re getting a bidet, it’s important to install and maintain it correctly even though your insurer doesn’t ask about it.

One of the main benefits espoused by bidet enthusiasts is that they are more sanitary than toilet paper. While that certainly sounds plausible, actual research is a bit more lukewarm on the idea.

At the very least, bidets and toilet paper are equally sanitary.

Do bidets leave you wet?

Spraying one’s undercarriage with water does leave some wetness after the fact. Commonly, one finishes bidet usage by drying off with a small amount of toilet paper. Some high-end bidets have an air-drying feature.

Where can I buy a bidet?

With their surging popularity, bidets are now available from most major retailers in Canada. Rona, Amazon and the Home Depot all carry an assortment of bidets. You can also order them directly from manufacturers; Tushy and Luxe are two popular brands.

Is a bidet for a man or woman?

Both women and men can use bidets. In-seat bidets often have a dial or switch to adjust the position of the bidet spray nozzle depending on who is using it.