Get an online home insurance quote in 5 minutes.

Your time matters, and so does your stuff. Get a personalized home insurance quote in 5 minutes. That's less time than it takes to wait in line for coffee.

Complete protection for your home and personal property

Looking for Toronto home insurance? You've come to the right place. Square One offers the only policy in North America that can be personalized to your individual needs. That means you decide what to insure, so you only pay for the protection you need. You also get to choose from a wide range of coverage and deductible options.

Want to specifically find condo, homeowners, or tenant insurance in Toronto? Once again, you've come to the right place. Use the links below to get a quote and purchase the type of insurance you need.

What our customers say
38,891
Verified reviews

Don't just take our word for it. Here are some of the reviews that contribute to our average rating of 4.7 stars out of 5. Want to read more? Visit our reviews page.

I know only what I've had to learn about home insurance and it is always a daunting process. I felt motivated at 12:55 am to finally go to Google and fight through a quote, and at 1:08 am I got the confirmation email of my new policy. I feel more confident in than any time I've tried to keep up with someone on the phone. The expert opinion line was so appreciated, and it was remarkably easy to customize a policy that will let me sleep easier, starting tonight!

I was very satisfied with the outcome of my claim and the support received throughout. My apartment flooded when a radiator cracked. We had to leave for 9 days and many personal belongings were destroyed. This was the first time I'd ever needed to make any type of insurance claim, and I expected the worst. However, Lisa was very helpful, arranging for reimbursement for accommodations right away and helped me to recoup on the content losses from the flood. I would recommend using Square One for renters insurance.

I have only ever used Square One for my rental insurance. They have such an easy straightforward way of doing things through their website. It really makes it easy to choose what you need and what you don't. Moving is a breeze, just change your address and your settings are all saved for you. All at an affordable price? Can't go wrong!

I called various insurance providers to get quotes for my home insurance, but once I spoke to Kayla at Square One, it was clear that she had an in-depth knowledge of Square One products. Kayla had the patience to understand my needs and guide me through the entire process, an exceptionally intuitive approach and she tweaked the policy to my specific needs. I ended up switching home insurance for my other house too which I hadn’t planned. Thanks to Kayla for helping me save money without compromising my core needs.

Vinit S. Newtonville, ON
Incredible, from start to finish.

I had the unfortunate experience of navigating a flood shortly after moving into our new apartment. It's supposed to be a pain in the rear to go through the claims process. It's confusing, it even feels a bit embarrassing—but the team at Square One (and their partners) were incredible to deal with. They made a really bad situation good(-ish). Super responsive, sympathetic to what happened, treated me like a human. I'm a customer for life ... if only they offered more than just property insurance!

Nathan J. Toronto, ON
Always great to deal with!

I called to transition my policy to another type. I was worried it would be complex and time-consuming. Instead, it was easy peasy, smooth, and everything was reviewed with me and all my questions answered. I'm always so impressed by Square One!

I asked quotes from a variety of providers, and after going through reviews and coverages, I'm glad I chose Square One. Whereas other companies automatically add coverage for things you might not need (jewellery, sporting equipment, etc.), Square One allows you to decide what you want covered and just how much you want the coverage and deductible to be. I'm feeling extremely comfortable moving into my new place with this policy... although I sure hope I never need to use it!

This is my first insurance policy purchase and it was super easy! I felt like everything was explained clearly and I understand my policy completely. And best of all, it took less than 10 minutes on my laptop to do!

Melinda M. Orleans, ON
Extremely easy, should be industry standard.

After struggling with several brokers and insurance providers over the phone to get a reasonably-priced quote, I decided to give this one a try. Quick, easy, and very reasonable prices. No phone, just a simple form filled out online and a standard online payment. Proof of insurance ready immediately. All insurance should be this simple.

Alex K. Ottawa, ON
Quoted at half the price of every other provider!

I spent all morning contacting agencies and insurance providers to get a reasonable tenant's insurance quote. I was getting egregious quotes. I stumbled upon Square One and filed an application for a quote. I was stunned so I called to ensure I could actually get the price I was quoted for. Though I was put on hold, the wait time was very short and I was periodically updated on my position in line. I spoke with David Horgan and he was super helpful! He answered all my questions and worked with me patiently!

Camille B. Toronto, ON
Different than other providers

4.7 out of 5. That's how customers rate Square One Insurance Services after writing 38,891 reviews. And with an A+ rating from the Better Business Bureau, people clearly love the way we're changing home insurance.

With Square One, you can get a quote, buy a policy and even submit a claim – all online, from the comfort of your own home. Quotes and policies are managed through your online account, but if you need help, expert assistance from one of our licensed insurance agents is just a webchat or phone call away.

All policies from Square One represent the highest level of protection currently available in Canada. We make it easy for you to protect your home against common perils (such as water damage and theft) and we even cover the costs of rebuilding your home to meet the latest bylaw or code changes.

Get the peace of mind you deserve. Simply insure your home to Square One’s suggested limit and, if you experience a loss, we’ll rebuild your home, even if the cost of doing so exceeds your limit of insurance.

All policies protect most common personal property items including laptops, smartphones and furniture. If you own specialty property (such as bicycles or fine arts) you can also add coverage to your policy. That way, you only pay to insure what you actually own.

Need to make a claim?

Making a claim with Square One is easy. In fact, most of the process can be done online. You'll get your own dedicated adjuster to work with you from start to finish to make sure you’re back on your feet in no time. And, Square One pays out on over 90% of all claims submitted.

We’re confident you’ll love our service and stay with us. That’s why we don’t lock you into a contract. With us, you can pay monthly or annually and there’s no fixed-term contract. You can also change your payment preferences through your online account. 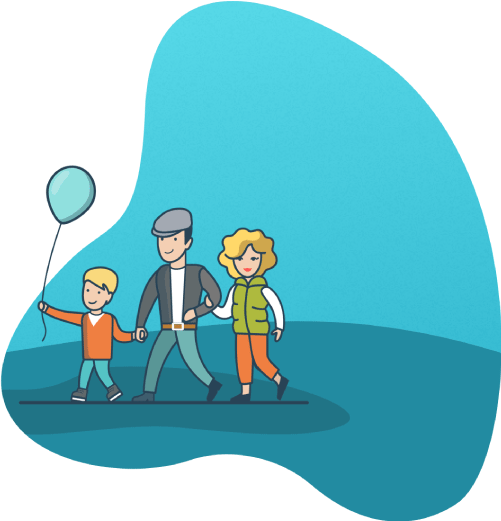 What you really want to know

How are claims handled?

The insurance industry doesn't have the greatest reputation when it comes to claims. Many people fear their insurer will go to any length possible to avoid paying claims. At Square One, we’re different. We're there when you need us most.

How different? Legal jargon can be confusing, so we've created a transparency page to translate the legal language of your policy into plain English.

We're committed to changing how you think of insurance. We'll make sure your claim is handled quickly and fairly.

The right protection from day one

The biggest problem with making a claim is not having the right protection. With a policy that's tailored to your needs, you get the best protection possible.

We guarantee a fast response when you need it most. Not an emergency? No problem. Your adjuster will still be in touch within one business day. It's your home, and your stuff, so we keep you in the loop.

A single dedicated adjuster works with you from start to finish. Without the need to repeat the details of your claim, you'll be back on your feet in no time.

Thousands choose us every month

5 steps to get a quote

In 5 minutes, you can get a free quote online.

How customers personalize their policies

Provided below are statistics on the percentage of Square One customers that add each class of specialty property to their policies.

Provided below are some basic resources for those of you who may be new to Toronto. These resources range from a background on the city to tips on planning a move.

Toronto is known for its prominent music, theatre, movie, and television industries especially since it’s the headquarters for Canada’s national broadcast network. It has a land area of 1,655 square kilometers, making it the largest Canadian municipality, and the 97th most densely populated city in the world.

At 710 acres, the Toronto Zoo is one of the largest in the world. Among the over 5,000 animals are a baby gorilla, giant panda, and the giraffes. Unique to the Toronto Zoo is a summer water park complete with water slides. Each fountain in the splash park is designed to look like the animals on exhibit.

The Eaton Centre, comprised of over 250 stores, is known for more than just a place to shop – it’s an architectural interest. The mall consists of different department stores, exclusive shops, neighborhood retailers, and several unique restaurants. With over one million visitors each week, it is one of Toronto’s top destinations.

Before your move, consider following the steps below to make the entire process as easy as possible.

Now that you’ve moved into your new residence, you’ll need to set up any arrangements that you may have used at your previous home.

Setting up your home

Once you’ve moved into your new home, you’ll need to set up different accounts and think about some services to complete your move.

Making repairs to your home

With any new home, you need to be prepared in case something does go wrong. It’s a good idea to have a resource readily available for finding companies that can offer quick repairs.

you're in good company
Join over 2,000,000 customers who received home insurance quotes from us

Find out how affordable personalized home insurance can be in 5 minutes with an online quote.